Near complete set with Russell, Cousy and plenty of duplicates 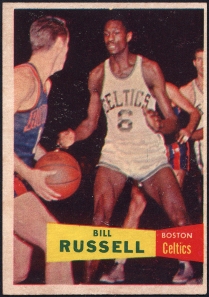 Would You Be Interested? We receive numerous inquiries on a daily basis at our Somerset, NJ office.  Many come via email from our website and many others come via people calling us on the telephone.  The questions range from what do I have, what is it worth to are you buying?  Our Just Collect staff does their very best to decipher the inquires and answer the questions as quickly as possible.  We're usually able to answer most questions the same day.  Some take 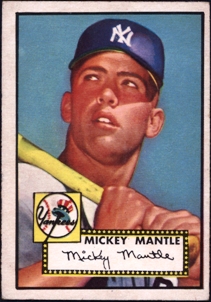 Please Tell Me the Truth; is There a Real Ungraded Mickey Mantle? To paraphrase an old newspaper editor's reply, "Yes, Virginia, there is a real ungraded Mickey Mantle."  In 1897, a then eight year-old Virginia O'Hanlon wrote letter written to the editor of the New York Sun that was published 120 years ago today.  The young girl from New York City wrote the paper and asked whether there was a Santa Claus.  The anonymous editor's published answer, "Yes Virginia, there is

Collection included hundreds of 1950 Freedom's War and others

There's More To The Story Some readers may remember our story from two months ago about the gentleman who had cigar boxes filled with 1950 Bowman Football cards and 1950 Freedom's War cards.  Well, we shared the story behind the football cards in the collection already, but there was more. Most of the cards were from the early 1950's through the early 1960's and included a wide array of non-sport issues such as Flags of the World, Zorro, Isolation Booth, 3 Stooges, Dinosaur, Civil War News (including a display box which can be seen in the video below), Wacky Plaks, Monster 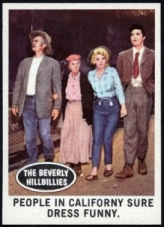 But They Weren't Athletes Just Collect's logo features iconic images of some of the greatest athletes to ever play professional sports.  What it doesn't include are some of the most iconic characters that we have witnessed on television, movie screens or on the pages of our favorites comic books. Not Everyone Is a Sports Fan Now, just because the Three Stooges or Superman aren't in our logo, don't assume that Just Collect doesn't want to buy vintage non-sports cards.  On the contrary, we absolutely

A Father and Son's Wise Collection

Buying older basketball and football proves to be a smart move 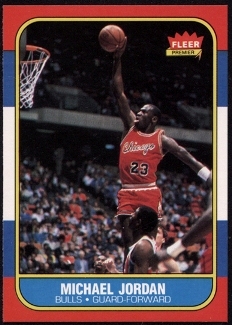 Everything Has Value We get phone calls and email all day long from people that collected in the late 1980s and early 1990s.  Unfortunately, most of those calls and emails don't go as well as we'd wish since most of the sportscards from that era have little to know value.   Now don't going throwing away everything from the "Junk Wax" era, there are a few exceptions, but for the most part, baseball cards produced from 1987 through