California collection features near complete set of 1961 Topps, all graded 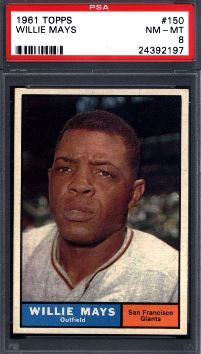 After turning 36 recently, I’ve been told a few times by my younger brother and sisters that I’m now considered "vintage." And by no means did I ever imagine back in 1986, for example, that the 35-cent pack of Topps baseball cards I craved would be considered vintage right alongside me. Life has a way of poking you in the side every once in a while. Here at Just Collect, we received that figurative poke in the side recently and decided to expand our business to include what we like to term "modern vintage", as well as modern trading