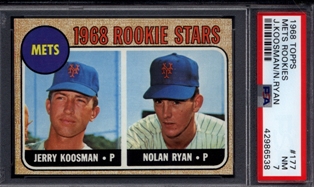 In the spring and summer of 1977, youngsters across the country were busy ripping Topps Baseball wax packs looking for their favorite players.  Whether they were members of the defending 1976 World Series Champion Cincinnati Reds like Pete Rose, Johnny Bench, Joe Morgan or Tony Perez, aging future Hall of Famers like Carl Yastrzemski and Willie Stargell (who still had an MVP season left in him) or the season’s rookie sensation Mark “The Bird” Fidrych, there were plenty of stars and local heroes to be found.

Check out this one-of-a-kind item we are offering on eBay!