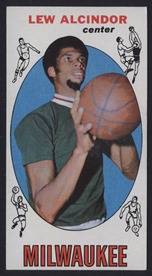 About a month ago, we had a collector reach to us, asking to get an appraisal on his collection. He was a little unsure if he actually wanted to sell, as he was unaware if the current value of his collection outweighed his emotional attachment to the cards - something we run into all the time. He had spent the latter part of his childhood assembling this fantastic group of baseball and basketball partial-sets, while also collecting the game's brightest stars from each era. The collection included runs from the late 1960's to the late 1970's