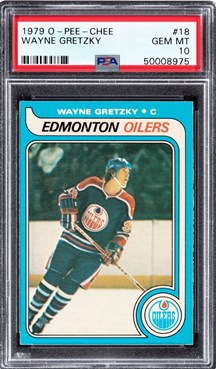 The 1950’s were a confusing time for hockey card collectors.  There were Parkhurst sets in Canada but in the U.S. it was sort of hit and miss.  Topps launched its inaugural set in 1954-55 but then took a couple of years off.  Finally, in the fall of 1957, they were back.  This week we have one of the key rookie cards from that set in our eBay auctions:  The Topps debut card of goalie Glen Hall, one of the