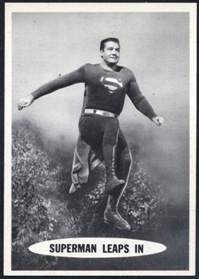 Just a few days remain in 2013 but for us at Just Collect, one of North America’s most prolific sellers of vintage sports cards, it is time to crank up, not wind it down. We have launched over 10,000 individual listings on eBay all ending tonight through Sunday, ranging from 1911 Sporting Life to 1930’s Goudey Premiums, classic 1950’s Topps baseball to high end 1980s football rookie cards.  Every lot starts with a minimum bid of 99 cents, regardless of book value. These auctions mark the last hurrah of what

Quite a treat for autograph collectors in this week’s auctions.  Just Collect has listed dozens of items signed by Baseball Hall of Famers including autographed baseball cards, Hall of Fame plaques, cuts and Peez-Steele postcards, all authenticated by PSA/DNA. Cy Young, Chief Bender, Tris Speaker, Bill Dickey and Rogers Hornsby are just a few of the names you'll see. Autographed baseball cards have done very well at auction over the last couple of years and this week, we have some remarkable pieces.

Just as Harvey Dent flips his tarnished coin to decide the ultimate fate of his victims, the crew at Just Collect is equally as bold when it comes to gambling on unopened material. So while others play it safe and rest well knowing that their investment is sure to appreciate, albeit slowly, as long as it remains sealed, we swing into action, cracking packs (BAM!) and splitting wrappers (KA-POW!), all in search of high-grade cards starring our favorite caped crusader and his campy cohorts. We recently