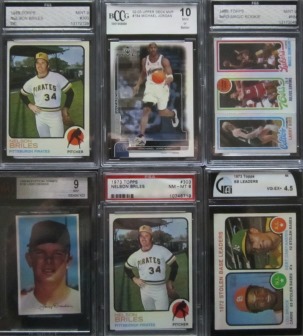 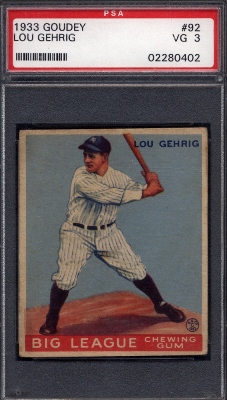 Breaking Down the Playoffs - Breaking Sets and Boxes, Too!!!

Play Ball! There's nothing quite like the thrill of the Major League Baseball postseason. The chill of the fall breeze in the evening takes us back to when we were young kids scrounging for loose change before hitting the corner store to buy as many packs of baseball cards as we could afford. Tonight, it is two American League Wild Card teams playing for the chance to either continue on to play the Boston Red Sox or go home until

I’ve seen a lot of sports cards in my day. In 2006 I started Just Collect and have since bought and sold more than $20 million in cards. I’ve had the pleasure of meeting thousands of hobby enthusiasts and appraising countless collections. In the baseball card world, I’ve been around the proverbial block. But every once in a while, you come across a collection that truly stops you in your tracks. Whether it’s for the rarity of the cards, the condition of the collection, or how the group was discovered, there are some memories that really stand out for me.

7 Reasons Why Collecting Baseball Cards is Great for Adults Too

Think baseball cards are for kids? Think again. Whether you’re just getting into collecting, or you’re picking back up where you left off years ago, here are seven reasons why adults should get in the game. 1. They’re tangible and a viable alternative to traditional investments. A T206 Honus Wagner was purchased in 1977 for $1,500. Forty years later that same card is worth in excess of $1,000,000. That’s a pretty great return, and one that couldn’t be matched by many traditional investments not named “Apple.” While the Wagner card is of course an extreme example, there are thousands