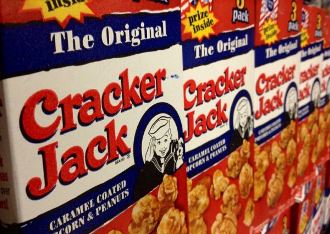 During the summer months of 1914 and 1915, a young, teenage boy from Massachusetts named George, who later went by the nickname "Mutt," would go to baseball games in Boston.  George would save whatever money he could muster to attend the games, buy Cracker Jacks and he would also pick up and search the empty boxes in quest of the premiums of the era.  No, not the decoder rings, the rub-on-tattoos or the dog whistles many of us would find in the Cracker Jack boxes of our youth, George was in search

We are extremely proud to announce our newest acquisition, the "Fairy Godmother T206 Collection", a recent find from the Boston area. This collection of cards consists of over 350 different T206 baseball cards, 60 of which are Hall of Famers, including the ultra-rare Eddie Plank card! This collection is also highlighted by Ty Cobb, Cy Young, and Christy Mathewson (three examples of each). These cards have taken an incredible journey over the last century, as they were passed down from the original owner to his sister, down to her godson,

This is one of those rare instances where the story behind the collection is as interesting as the collection itself.  Begun decades ago, a father and son team shared their passion for all things Boston Red Sox and put forth a Herculean effort to collect all of the Red Sox cards and assorted issues related to the Red Sox. The collection is a veritable type collection that represents examples of almost everything that was issued featuring a Red Sox player and includes many complete team sets of the Red Sox once the team reached issues from  the 1940's until the

After the three-year run of the ultra-popular T206 cards ended in 1911, along came another tobacco card set from the American Tobacco Company.  It would be the last ATC would produce after the Sherman Act broke the conglomerate apart. The T207 cards were issued 100 years ago this year and they’re much, much more difficult to locate than the T206 or T205 sets that preceded it.  T207s are a little unique compared to their predecessors in that there is a brief biography