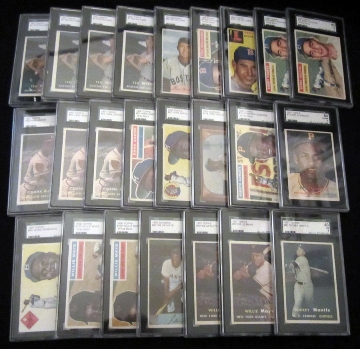 How Fun Would it Have Been? Imagine for a moment growing up in the New York metropolitan area in the 1950's and buying penny and nickel packs of baseball cards. How exciting it must've been leaving the corner store and thumbing through the packs for your favorite players from your favorites teams. Would you be a Brooklyn Dodgers fan searching for Duke Snider, Jackie Robinson or Pee Wee Reese? Maybe you would've been a fan of the New York Giants hoping to find

An "Eye Popping" Pull from 1955 Bowman at The National

63 years ago Bowman inserted cards of the talented, young Yankees outfielder Mickey Mantle into one of their cellophane packs at their Philadelphia facility. At the start of the 1955 season Mantle had already become one of the most popular stars in the game having won three World Series championships and was named to three American League All Star teams. Collectors young and old alike tore open packs of 1955 Bowman Baseball in a frenzy during the height of baseball golden age, but one pack remained tantalizingly unopened and hidden from UV light for more than six decades. 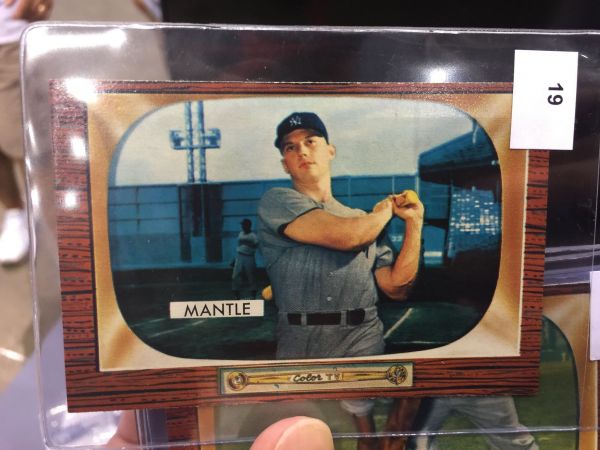 We receive a wide array of phone calls, emails and online submissions about cards and collections on a daily basis.  Many of them are through our online appraisal form, others are from searches on the Internet via Google, Bing, Yahoo or other search engines.  A recent inquiry was somewhat vague, but noted a collection of several 1950's era partial football sets as well as a partial 1955 Topps All American Set that was PSA graded.  After contacting the gentleman to discuss his collection, he shared some of his frustrating conversations and purchase offers that he had with several other national