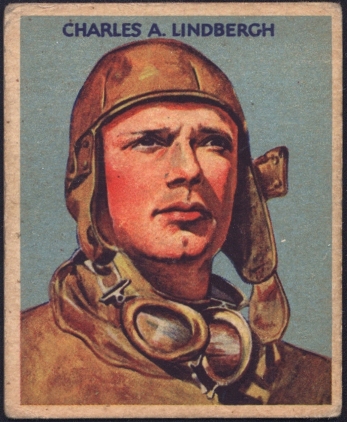 We Buy From Auctions, Too

Our blog entries are usually about cards or collections that we purchase from collectors that have contacted us for either evaluation or for sale.  This collection, however, was purchased from an auction house.

"An auction house?" you might wonder.  Yes, an auction house.  We are very active and aggressive about acquiring material and while we enjoy buying from private collectors, we are always looking for other cards, sets and collections.  Auction houses sometimes afford Just Collect the opportunity to purchase cards or sets that we may not be able to get regularly.  If we are able to value the cards and determine that the value works for us to resell them, we'll bid on them.

This set was one such item that we felt that we could purchase and present to our customers as single cards.  You can check out these and other sports and non-sports cards we are offering currently on our graded eBay listings and our ungraded eBay listings.

During 1933, the National Chicle Company, the same company that would release Chicle Football and Diamond Stars Baseball, issued the first series of the non-sport issue "Sky Birds" aviation cards measuring 2 5/8" x 2 7/8". These cards are identified in the American Card Catalog with the set designation of R136. Apparently issued in several series, the initial series contained 48 cards released with cards with the 1st Series containing cards #1 to 24 being issued during 1933, while the 2nd Series cards #25 to 48 were issued during 1934.

Reviewing the reverses of the cards, astute observers will notice that there are several variations. Several suggestions include the possibility that the series may have been reissued or reprinted during the release years. Some of the 1934 copyright dated cards (only cards #25-48) exhibit Series note that this is "One of a Series of 48" while others have the note that reads "One of a Series of 144." As a result, given the 24 variations, the Master Set of Sky Birds would contain 134 total cards.

Additionally, the back ink print is in green and also a very dark green that appears to many as black. Some collectors insist that there are black ink variations, but in most cases, this has turned out to be just really dark green ink.

Containing many heroes and notables from the early days of aviation, some of the most coveted cards of American heroes in the set are Charles Lindbergh (card #36 - first pilot to complete a non-stop flight from New York to Paris in his plane, The Spirit of St. Louis, which is also featured in the set), Amelia Earhart (card #48 - first female to fly across the Atlantic), Orville Wright (card #49 – credited with his brother Wilbur of the first manned flight) and James Doolittle (card #32 – American war hero and the first pilot to fly and land a plane with a covered cockpit).

Foreign Flyers Were Included, Too

German World War I flying ace Baron Manfred von Richthofen (aka "The Red Baron"), is another widely desired card.  Richthofen was considered the ace-of-aces of the war, being officially credited with 80 air combat victories during his short military career.  The Red Baron died of injuries sustained in battle at the astonishing young age of 25.