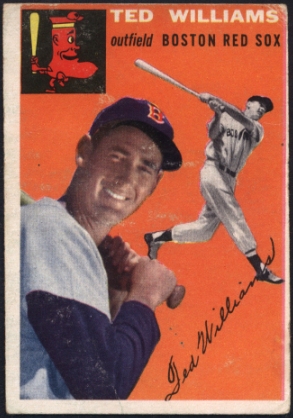 We at Just Collect love being able to make multiple purchases from the same sellers.  We've had some success with several sellers across the country that have returned to sell more of their collection.  We've shared some of the stories with in previous blogs.  This collection is one that was several years in the making.

Last Fall, we were able to meet with a seller from New England and purchase a portion of his collection as highlighted in our December Blog "The New England Antique Dealer's Kin Collection." Today's Blog provides the second half of the collection that we were able to buy this Spring while we were in Massachusetts attending a sports card convention.

We get many leads on a daily basis and handling them, you start to get a feeling of how to handle people. Some just want to get a price and sell, some want to share their story and be heard, some want to get the information and begin the process of analyzing and comparing the data and some people just want to get their foot in the water, but are in no hurry to move forward. We're glad that we were able to meet this seller's needs and allow him the time to process, sort and come to a final decision.

The original collection that we purchased last Fall consisted of mostly pre-war material including lots of tobacco cards with T206's which included Ty Cobb and Cy Young, T205's, T201's and some T202's as well as some silks and also some blankets.  There was a smattering of post wars cards as well, most notably the Topps rookie cards of the No-Hitter Kings, Sandy Koufax and Nolan Ryan.

This portion of the collection, however, featured primarily post-war cards and was mostly player runs of the stars of the day.  The player runs were highlighted by Mickey Mantle.  Mantle was featured on a wide array of Topps cards from 1958 through 1968, including many of the multi-player cards.

In addition to the rookie cards, there were some nice players runs of stars such as the previously mentioned Mickey Mantle and also Hank Aaron, Sandy Koufax, Roberto Clemente, Tom Seaver, Pete Rose, Ted Williams, Willie Mays, Harmon Killebrew and many others.

Although the collection was mostly 1950's Topps cards, there were some other cards including a 1933 Jimmie Foxx and a 1969 Topps Reggie Jackson rookie card.  There was also a Babe Ruth card from the 1960 Fleer Baseball Greats issue as well as a smattering of other Fleer and Bowman cards.

In addition to the many player runs, there were some 1954 Topps cards including he rookie cards of Tigers great Al Kaline, Cubs back-to-back MVP winner Ernie Banks, Dodgers managerial legend Tommy Lasorda  and also one of the two Ted Williams cards that bookended the 1954 Topps set with #1 and #250!

From the last of the large Topps card issues, the collection included another 1955 Topps Sandy Koufax rookie card, a second year 1955 Hank Aaron and a Willie Mays card from the 1956 Topps issue.

Although there were not that many cards from the 1960's, there were a couple example from 1967 that were highlighted by the rookie cards of Tom Seaver and Rod Carew.

This collection was an exercise in patience and sometimes, the key to being able to buy collections, especially one

like this, is knowing when to be patient. This collection took nearly two years from first contact to the closure of the first portion.  It took several additional months for him to decide to sell the most recent portion. We don't know what the future holds with what else he has, but we'll be patient and take things as they come.