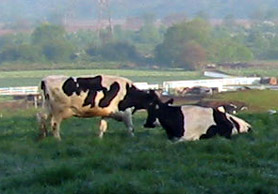 A common phrase in business is that a loyal customer is your best customer and suggests that you're doing a good job. As a buyer, it is even more impressive when a collector reaches out to sell you more of their collection. It means that you've done right by them and that they're comfortable and trusting of your process. Just Collect has a great number of repeat customers that buy from us and we've had an amazing amount of success with sellers reaching out to us to purchase more of their collection and also refer us to their friends that may have collections that they're interested in selling. We attribute this to our process, being transparent and above board while providing fully detailed evaluations with the highest purchase offers in the hobby.

It has now been a little over two years since Just Collect purchased a significant collection from a local New Jersey dairy farmer.  In the Spring of 2017, we purchased a 1954 Topps Set, a large assortment of stars and partial sets from 1950s and 1960 and numerous monster boxes containing tens of thousands of commons and minor stars from the late 1960's through 1977.  The farmer mentioned that he had a run of sets and some other cards that he might eventually wish to sell.  Well, he recently called us back and invited us to come to his farm to review and make an offer on the set run that he has assembled.  We were happy to schedule an appointment and even happier to quickly reach agreement on value and a purchase price.

Unlike the previous collection, which was housed mostly in screw-downs, top-loaders and stored in shoeboxes, this portion of the collection was almost entirely organized in D-ring binders.  Starting with the 1958 Topps Baseball Set, it was an absolute pleasure flipping through the pages and reviewing the condition of the collection and reminiscing about the players with the owner.  More than half of the sets contained at least one Mickey Mantle card (1958 through 1969).  Additionally, since the sets were complete, all of the stars and rookies were there from Roberto Clemente, Hank Aaron, Willie Mays, Ted Williams, Pete Rose, Tom Seaver, Rod Carew, Nolan Ryan, Reggie Jackson, Thurman Munson, Mike Schmidt, George Brett and many others.

The condition of the cards varied from set to set and even within the set.  Most sets were assembled by the farmer over the course of many years.  A few of the sets were purchased complete, similar to the 1954 Set that we purchased from him in 2017.

The collection contained complete Topps Baseball Sets from 1958 through 1980.  In addition to the full run of sets, there was another nearly complete 1964 Set missing about 10 cards, an extra 1971 Set, an extra 1980 Set and additional partial sets of 1974 and 1975.  While there were not as many loose or single cards as in the previous portion of the collection there were still quite a few single cards, including a bunch of PSA graded cards -- mostly from 1963.  The farmer thought they might've been to fill spots in the 1963 set, but when we looked, they were duplicates.  Many of the cards were Phillies stars like Richie Ashburn and Robin Roberts, but there were also some Yankees cards and a few key Hall of Fame rookie cards like Bob Gibson.

In addition to the vintage set run, the farmer would pick up lots at auction and would buy boxes at the local Target supermarket when the blaster boxes would be reduced to the discount bin -- usually 50% off.  He had a few blaster boxes that he paid $10 or less for that had appreciated quite nicely and he was startled when we pointed out the value and what we would be able to pay for them -- including three blaster boxes of 2011 Bowman Chrome featuring Bryce Harper.  He said that he wished that he had bought more, but they moved the sports card section to the back of the store and he never felt the need to go back there -- it was much easier when the cards where in front of the store near the check-out registers.

Missed Out on Mantle, So Jeter Was the Fall Back

He noted that since he missed out on Mickey Mantle when his buddy bought the 1952 Topps card decades ago, that Derek Jeter seemed like a Yankee to collect when he began winning World Series Championships. Although he grew up a Phillies fan and still roots for them, Jeter was accessible and available at shows and auctions that he would attend.  There was a box of lesser value Jeter cards in the collection, but also mixed in were several rookie cards, including Score, Upper Deck and two ungraded SP cards and a BGS 9 SP.  As we chatted, he mentioned that he recalled that he paid $125 for the BGS Jeter and was nearly floored when we told him that it was valued at 10x that in a BGS 9 and that it was currently well over $4000 in a PSA 9. It is always nice when someone is selling a collection and is realizing a nice profit.  It is even nicer when they've called you because you've treated them so well in the past.

We set up at The National Sports Collectors Convention every year and this year, it will be at the Stephens Convention Center in the Rosemont section of Chicago, IL and it has also been in Cleveland, Atlantic City and Baltimore in recent years. Additionally, we travel to the Sports Card and Memorabilia Expo in Mississauga, Ontario for those of you in the Toronto area that want to meet with us in Canada.