Autographed Basketball Memorabilia: How to Sell and What’s Hot

The NBA has surged back to popularity levels not seen since the end of Michael Jordan and the Chicago Bulls dynasty. A new generation of mega-stars has lifted the league to new heights and brought demand for basketball autographs and memorabilia to an all time high. Across the board, prices for rare basketball-related signatures have risen dramatically.

Michael Jordan signed 1986 Fleer rookie cards are the hottest item on the autograph market right now. Only about 20 of them exist according to PSA/DNA's population report, and thus they come at a huge premium. Over the last few years we’ve seen them sell for thousands of dollars.

Other vintage autographed rookie cards are also red hot. Getting these types of signatures on a decent looking rookie card is a tall task.

Items from historic teams like the Boston Celtics, the Los Angeles Lakers, and the New York Knicks, along with any material originating from the old ABA (American Basketball Association) commands a premium.

As for autographed photos, original wire photos are the most valuable and highly coveted. They hail from the original newspapers, and will usually include a newspaper clipping and possibly editorial notes on the back. They will also be in black and white, so a strong signature in blue or red will present beautifully on the photos.

On color photos, which are more common, it can sometimes be harder to read the signatures, so what you'll see is a lot of autos in gray or silver sharpie, over a dark part of the photo. Either way, autographed photos of the game's best are valuable, and are continuing to grow in popularity.

“Game-used” or “game-worn” memorabilia from the founding fathers to today's mega-stars, has always been strong throughout the hobby. Fom signed jerseys to shoes, collectors have placed high regard to these items, and continue to add these pieces to their collections.

Relic cards, sometimes referred to as "jersey cards" or "patch cards," feature a piece of a game-used jersey of a basketball star. Even though these cards are modern, since they are serial numbered, signed, and contain memorabilia, they are rare and highly sought after.

How do you sell your basketball autographs?

Most NBA executives, both current and past, have collected throughout their tenure, and will eventually need to liquidate their collections. We are here to facilitate that process, and are looking forward to sharing these items, and their stories, with the world.

Want to sell your basketball autographs to us at Just Collect?

Whether you’ve got a single piece or a massive collection, we at Just Collect will make the process simple and safe if, and when, you decide the time is right. We offer free appraisals by appointment at five satellite offices in New Jersey, the New York City Metro area, and South Florida, and accept submissions by mail daily.

You can also send us an email at info@justcollect.com. 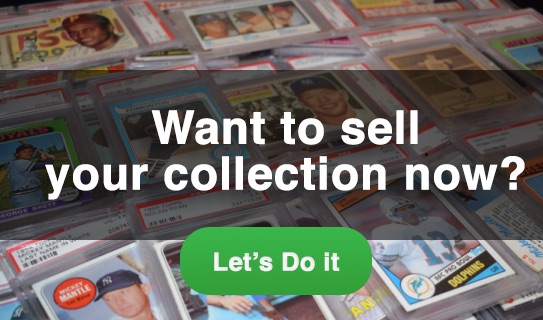 What if my collection is too big to ship?

If your collection is too large to ship, we'll gladly come to you.

What if my autographs aren’t authenticated?

Ideally, we prefer autographs that have been authenticated by a respected third party like PSA or JSA. But by no means is this a deal breaker. We love unearthing fresh unseen material and bringing it to market.

What if I just want an appraisal?

Our knowledgeable staff is here to answer any and all questions you may have (including free appraisals).

Leighton is the President of Just Collect and a basketball autograph and memorabilia fanatic. He and his company have bought and sold more than $20 million of sports cards and memorabilia.

Whether you’ve got an original photo from Wilt's 100-point game, a ticket stub from Michael's first NBA game, or a rare piece of memorabilia from the Knicks championship run in 1969-70, Leighton is interested.